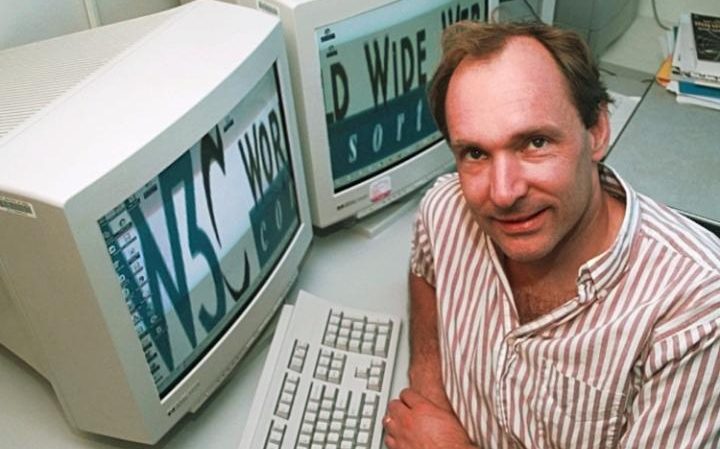 On this day 26 years ago the world’s first website went live to the public. The site, created by Sir Tim Berners-Lee, was a basic text page with hyperlinked words that connected to other pages.

Berners-Lee used the public launch to outline his plan for the service, which would come to dominate life in the twenty-first century.

“The WWW project merges the techniques of information retrieval and hypertext to make an easy but powerful global information system,” said Berners-Lee on the world’s first public website. “The project started with the philosophy that much academic information should be freely available to anyone.”

Berners-Lee wanted the World Wide Web to be a place where people could share information across the world through documents and links navigated with a simple search function.

The first step to making that a reality occurred on August 6, 1991, and was hailed with little fanfare when Berners Lee launched the first web page from his NeXT computer at CERN’s headquarters in Geneva.

Housed at http://info.cern.ch, the founding website contained basic instructions for how the web worked, including how to access documents and set up your own server. CERN reinstated the page at its original address in 2013.

The genesis of the web

Another date rivals today as the actual birthday of the World Wide Web: March 12, 1989, the day Berners-Lee published his proposal for what he then called “Information Management”.

Primarily a business proposal, Berners-Lee conceived of the web as a way to prevent information loss in businesses and the scientific community.

At the time, he was working as a computer programmer at CERN’s European Organisation for Nuclear Research, where he’d seen countless amounts of data lost because of high staff turnover and poor communication. And he’d looked on as researchers wasted weeks solving problems only to find out it had been tackled years earlier.

His solution was a “universal linked information system” in which a network of documents linked to one another in a simple way that anyone could navigate to find exactly what they need.

Berners-Lee’s boss at CERN, Mike Sendall, wrote a note on the proposal: “Vague but exciting”, before giving it the go-ahead.

Within a year and a half, just before Christmas in 1990, Berners-Lee had built the infrastructure for the web and designed the first web page. He wrote the HyperText Transfer Protocol (HTTP), which outlined how information would travel between computers, and HyperText Markup Language (HTML), which was used to create the first web pages.

He also wrote the text for the first website that described the project and how others could get involved.

The site went live on August 6, 1991, and was housed on Berners-Lees’ NeXT computer, the first server, which had a note taped to the front that said: “This machine is a server. DO NOT POWER DOWN”.

One of the first practical uses of Berners-Lee’s creation was an internal phone book for CERN employees, which Bernd Pollermann uploaded soon after it went live. The following year the first picture was uploaded to the web: a kitsch image of CERN’s all-female parody pop band Les Horribles Cernettes.

In 1993, the World Wide Web was made publicly available through an open licence, meaning anybody could run a server and build sites. As a result, a library of material soon amassed and early competitors, such as University of Minnesota’s paid-for Gopher, were stamped out.

The same year saw the release of the elegant Mosaic browser, and the first ever World Wide Web conference, known as the “Woodstock of the web”, at CERN.

A quarter of a century later, the web is dominated by social networks, search engines and online shopping sites. It has evolved beyond static web pages, and is now made up of interactive sites coded in new languages, and packed with photos, videos and moving parts.

From here, we can expect the web to continue to leak from the computer screen into the real world, with the rise of the internet of things, biometric logins and super fast connection speeds hailing a new era for the World Wide Web.