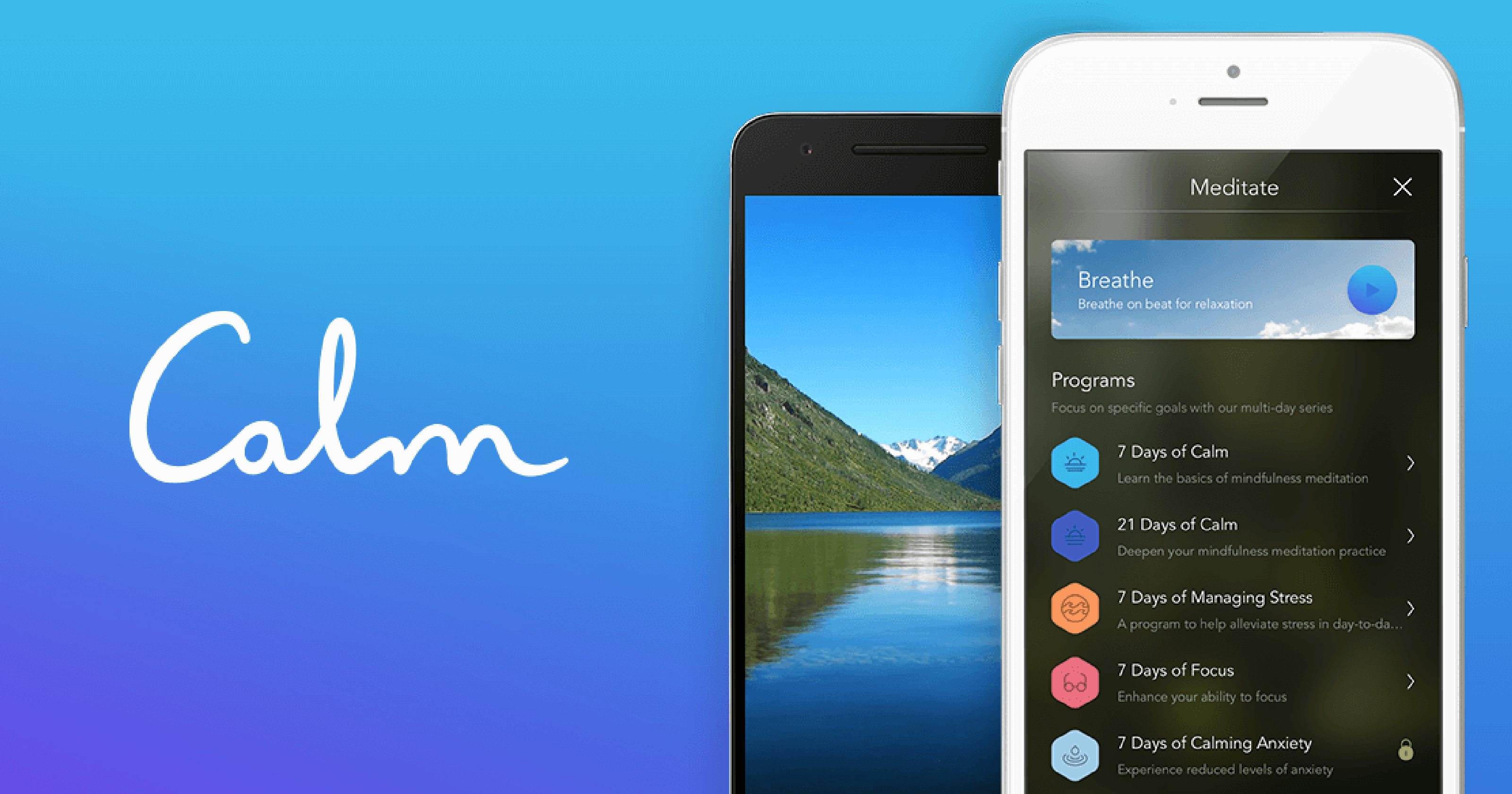 Just a few years ago, it might have been a bit of a challenge to convince investors that a mindfulness app would end up being a big business — but thanks to an increasing focus on mental health from both startups and larger companies, companies like Calm are now capturing the excitement of investors.

From meditation sessions like you might find on other apps to tracks called “sleep stories” designed to help people get control of their sleep, Calm  serves as a suite of content for users focusing on mental wellness. It’s one of an increasingly hot space centered around mental wellness and maintaining a sort of mindfulness in the hope that it’ll convert into a daily habit and help people just generally feel, well, more calm. The company says it has raised $27 million in a new financing round that values it at a $250 million pre-money led by Insight Venture Partners with Ashton Kutcher’s Sound Ventures also participating. Before this, Calm raised around $1.5 million in seed funding.

“There’s definitely a bias toward the physical body in fitness,” co-founder Michael Acton Smith said. “For a long time there’s been a certain amount of embarrassment and shame talking about our own feelings. A lot of people are realizing that we’re all, at different times, going through tough times. I think that’s part of the culture we’ve grown up in. Everything’s been about improving the efficiency and improving the effectiveness and the external circumstances. We haven’t considered the internal circumstances the same way. The same thing isn’t true of Eastern philosophies. This crossover is just beginning to happen in a big way.”

Calm, at its core, is a hub of content centered around mindfulness ranging from in-the-moment sessions to tracks that are designed to be soothing enough to help people get ready to go to sleep. Everything boils down to trying to help teach users mindfulness, which is in of itself a skill that requires training, co-founder Alex Tew said. This itself has morphed into a business in of itself, with the company generating $22 million in revenue in 2017 and reaching an annual revenue run rate of $75 million.

And the more content the company creates, and the more people come back, the more data it acquires on what’s working and what isn’t. Like any other tech tool or service, some of the content resonates with users and some doesn’t, and the startup looks to employ the same rigor that many other companies with a heavy testing culture to ensure that the experience is simple for users that will jump in and jump out. For example, it turns out a voice named Eric reading stories about being on a train struck a chord with users — so the company invested more in Eric.

“It’s a tricky balance,” Tew said. “Sometimes we’ll launch things that we think are popular but don’t end up being popular, but there’s never been any kind of dramatic errors. We try to create content that will appeal to the biggest range of users. We speak to our customers and find out what they would like.”

Calm’s focus is built off of an increasingly important topic the technology industry is grappling with — mental health. As more and more users pick up Calm and start listening to the tracks, the company can start to figure out what kinds of sessions or tools are helping people want to come back more often and, in theory, start feeling better with those kinds of practices. If you talk to investors in the Valley, helping founders manage the highs and lows of starting a company is increasingly part of the discussion, with the refrain that ‘people are at least talking about it now’ showing up more and more often. That’s also helping companies like Calm and Headspace  attract funding from the venture community.

“It does feel like a major societal shift,” Acton Smith said. “Just a few years ago no one talked about mental health, it was very much in the shadows. As more politicians talk about it, as the media treat it as something normal and healthy to do, more and more people step out of the shadows and into the light. We realize the brain is pretty much the most complex thing in the known universe, it’s not surprising it goes wrong every now and then. To be able to talk about that and understand it is a very healthy and positive thing. It just feels like we’re at the start. Fifty years ago the wave began around physical fitness, jogging, aerobics, and now we’re at the start of this new wave.

Calm and other mindfulness apps are not the only companies at play here. Indeed, the two largest direct owners of smartphone platforms — Apple and Google — this year announced a suite of tools geared toward trying to manage the amount of time users end up glued to their screens. While those are centered around helping users manage their time on their phones, it does show that even the largest companies in the world are increasingly aware of the potential negative effects their devices may have spawned from people spending all their time on their phones.

But by extension, Calm is not the only app where people can throw on some headphones and listen to a soothing voice with a British accent. Headspace is another obvious player in the space, having also raised a substantial amount of funding. Tew said the goal is to remain focused on simplicity, which in the end will keep people coming back over and over — and then end up continuing to drive that business.

“There was a lot of skepticism around Calm and this category as recently as a year ago,” Acton Smith said.” People were concerned that there was a lot of competition, and wondered whether people would really pay for this. We’ve quite convincingly shown we’ve answered all those questions with the growth we’ve had in our user numbers and our revenue. This is a successful business with very high margins and a huge addressable market. If you think about Nike, and the physical exercise boom being worth tens of billions, there’s no reason why mental wellness won’t be.”