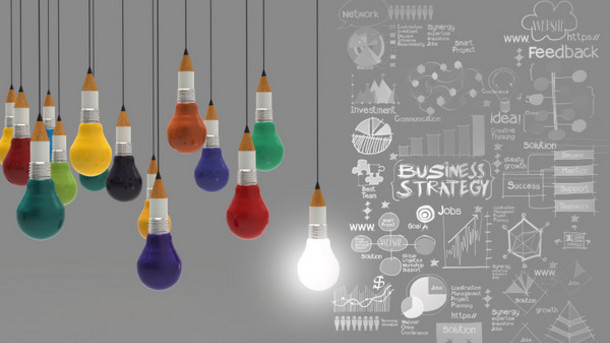 For many years it has been evident that Australia is just playing catch-up with countries like Switzerland and Sweden in the world of Innovation. Although Australia puts in considerable effort into the elements that foster innovation, Global Innovation Index (GII), the world’s leading measurement of innovation across more than 80 indicators, shows the country is just not innovative enough with its 23rd rank. Australia does rank 12th in the world on inputs, but has yet to see the results and ranks 30th on outputs of innovative activities. Ultimately this considerable discrepancy leaves Australia ranked 76th in the world in innovation efficiency. Another index, the World Intellectual Property Organization (WIPO) places Australia at number 19 in 2017, 2 steps behind New Zealand in terms of innovation.

Innovation however, remains critical to the countries future. The world is moving at fast pace in relation to technology and innovation, and it will inevitably catch up. Whether Australia will be ready for it when it does remains to be seen. Why is it important that the country embraces innovation and how did we lag behind?

Why is innovation important?

Innovation is a way to address some of the most pressing issues in the society. Innovations in healthcare, education, infrastructure and sustainability has helped raise the living standards of Australian citizens and has a clear impact beyond the economy. It directly targets the quality of life.  When innovation remains stagnant, it isn’t just the economy that stops growing, the quality of life suffers too.

Australia has benefited from more than a quarter century of economic growth with the deregulation in the 1980’s and 1990’s and the mining boom in the decade following the year 2000. The citizens now enjoy high wages and standards of living, but to maintain this lifestyle and productivity, the country needs to embrace innovation.

Innovation and the world at large

In its 10th edition, the GII 2017 has listed Switzerland, Sweden, the Netherlands, the USA and the UK as world leaders in innovation. Its surveys include 130 economies and uses complex metrics to look at innovative activities which drives the economic and social growth of today. It also shows that there is a rapidly growing gap in the innovative capacity between the developed and the developing nations.

USA and Canada, which rank 4th and 18th respectively, have sophisticated financial markets as well as intensity of venture capital activity, which help stimulate the private sector economic activity. The USA has a high-quality universities and firms that conduct global Research and Development (R&D). They also have quality of software spending, scientific publications and state of innovative clusters. Canada on the other hand excels in the ease of starting businesses and the quality of scientific publications. Its political regulations and business environment are great and it has also made significant improvement in its education system, to promote innovation.

European countries generally rank high in the global innovation economies mostly due to how close everything is. It makes collaboration and research easy. They also include knowledge-intensive employment, university and industry research collaboration, patent applications, scientific and technical articles, and quality of scientific publications, making them a force to be reckoned with in today’s fast changing world.

South Korea maintains its top overall rankings in patenting and other IP-related indicators, while ranking second in human capital and research, with its business sector contributing significantly to R&D efforts. Japan is ranked third in Asia, and is in the top 10 global economies for R&D, information and communication technologies, trade, competition, market scale, knowledge absorption, creation, and diffusion. China too continues moving ahead in the overall GII ranking (22nd overall this year), reflecting high scores in business sophistication and knowledge and technology outputs.

A global survey put together by WIPO and Cornell University found that Australia rates high in business regulation, education system, legal system, and stable government. What it lags behind is in business clusters, IT skills, industrial design, patent registration and patent royalty payments among other things.

One of the major reasons for this happening is that unlike countries like US, UK and South Korea, Australia is yet to expose young students to entrepreneurship. The policies in place too aren’t supportive of the innovative industry, even though a report has shown that technology startups can add $100 billion to Australia’s gross domestic product by 2033 but the country needs 20 times the number of entrepreneurs they have now and also needs favourable environment for them to work in.

Australia’s place in the world already puts it at a disadvantage as it is far from other countries. However the distance problem isn’t limited just in terms of the rest of the world. Even within the country itself, the cities are situated so far apart that collaboration on researches and innovation or entrepreneurial summits is harder to organize. Distance also puts a liSoftware Co on resources that are immediately available, giving rise to further challenges for innovators.

Collaboration for innovation is just one of the cons of the distance. When something is invented, it takes time to spread around and get using. The changes in terrain and environment also means that while something could be ground breaking for one region, could be useless for the other. For example, Singapore, 6th on the list, is a country as big as some cities, and interaction between people is easy. USA, 4th on the list, has a technology hub, the Silicon Valley that lets innovators of all ages congregate and collaborate to turn ideas into reality, giving us an idea of how important it is for innovators to be in close distance with each other.

Another factor affecting the Australia innovative environment is that it is mostly a “branch economy” where there aren’t big companies with international reach that belong to the country. The big companies here are registered elsewhere, which doesn’t help with Australia’s patent listing.

There are also more Australian undergraduates studying arts and other subjects compared to STEM, which is the biggest stream related to technology and innovation, which is almost half the number of students studying in other countries around the world. 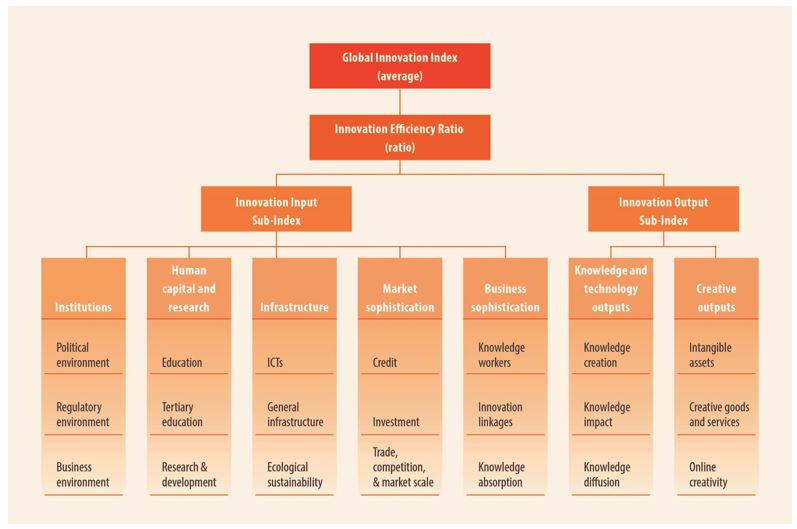 Flowchart of how innovation is measured.

There are a few simple steps that various sectors in Australia can take in order to embrace the innovation culture. Trends show that even the smallest measures can impact this culture and that drastic measures don’t need to be put in place for it to work.