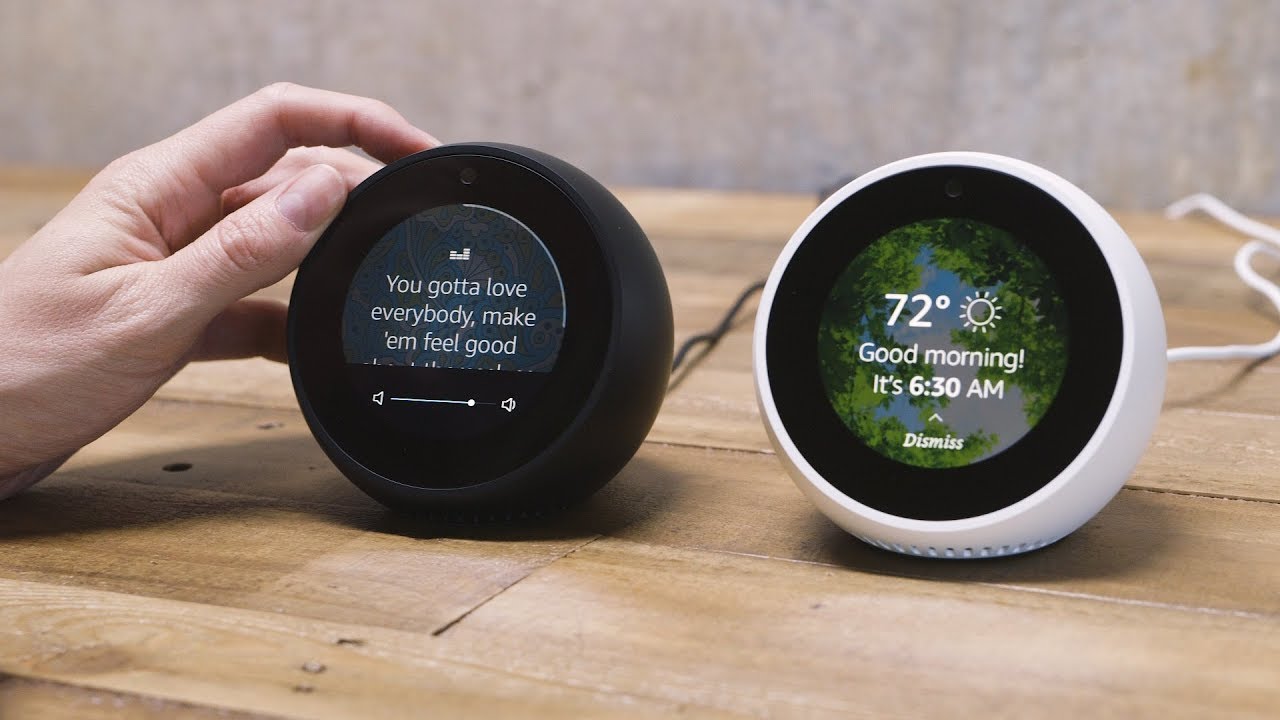 Amazon’s $200 touchscreen Echo will let Alexa see you as well as hear you. Better put on a tie to impress your smart speaker.

Good news Alexa fans: Amazon’snewest touch-screen device is making its way Down Under.

The Echo Spot will be available from April 26, with pre-orders open onlinefrom today. It’ll cost you AU$199. The device sells for $130 in the US, which translates to roughly AU$167. The Echo Spot is part smart speaker (so you can play call-and-response with it, just like you would with a regular Echo) but it also features a small 2.5-inch display for visual features that include weather updates and video calls.

Last year Australians couldn’t even shop online on Amazon, let alone use one of its smart speakers — unless you bought it overseas and cludged it into working locally. But Amazon launched its Australian site in December 2017. And since the start of 2018 it’s launched three Echo devices — the Echo, Echo Plus and pint-sized Echo Dot.

Now, we have the Echo Spot.

Think of it like the small-format Echo Dot speaker — capable of giving good sound quality in a small-to-medium-sized room, but not as gutsy as a dedicated speaker — but with a 2.5-inch, round touchscreen display.

Here are the basic features:

The real difference here is the screen. And while it boosts the experience, don’t expect to be watching your favourite TV shows on it. You’ll get things like album art when you listen to music, your friend’s face when you make a video call and you can use it to watch streamed video from Prime Video or Twitch (but not YouTube). That said, when CNET’s senior associate editor (and smart home pro) Ry Crist tested out the Echo Spot, his verdict was that it was still very much a voice-first user interface. The screen adds a bit to the experience, but not as much as you think.

You can read our full Echo Spot review here.

So if you’re looking for your first Echo device, you’re probably better off starting with the Echo or Echo Plus (or, if you just want to dip your toes in the water, the Echo Dot). But if you’re looking for a nifty Alexa-enabled device for your bed-side table or to add to your growing Alexa family, then this could be the one for you (if you’re willing to drop AU$200).

This article originally appeared on CNet. Read the original here.