If you’ve ever worked in an office building, chances are somebody issued you a keycard or NFC-enabled badge to open the doors to the building. Those cards and badges do their job, but they can be both cumbersome and prone to problems. Openpath wants to do away with all of these issues and add a new level of convenience to this whole process by replacing these access cards with the phone you already have.

Until today, Openpath, which currently has about 20 employees, remained in stealth mode since it was founded by Edgecast co-founders Alex Kazerani (CEO) and James Segil (President), together with a number of other former Edgecast execs. The founders are putting their own money into this startup and are leading a $7 million seed round. A number of institutional investors also participated in this round, though, including Upfront Ventures, Sorenson Ventures, Bonfire Ventures, Pritzker Group Venture Capital and Fika Ventures. 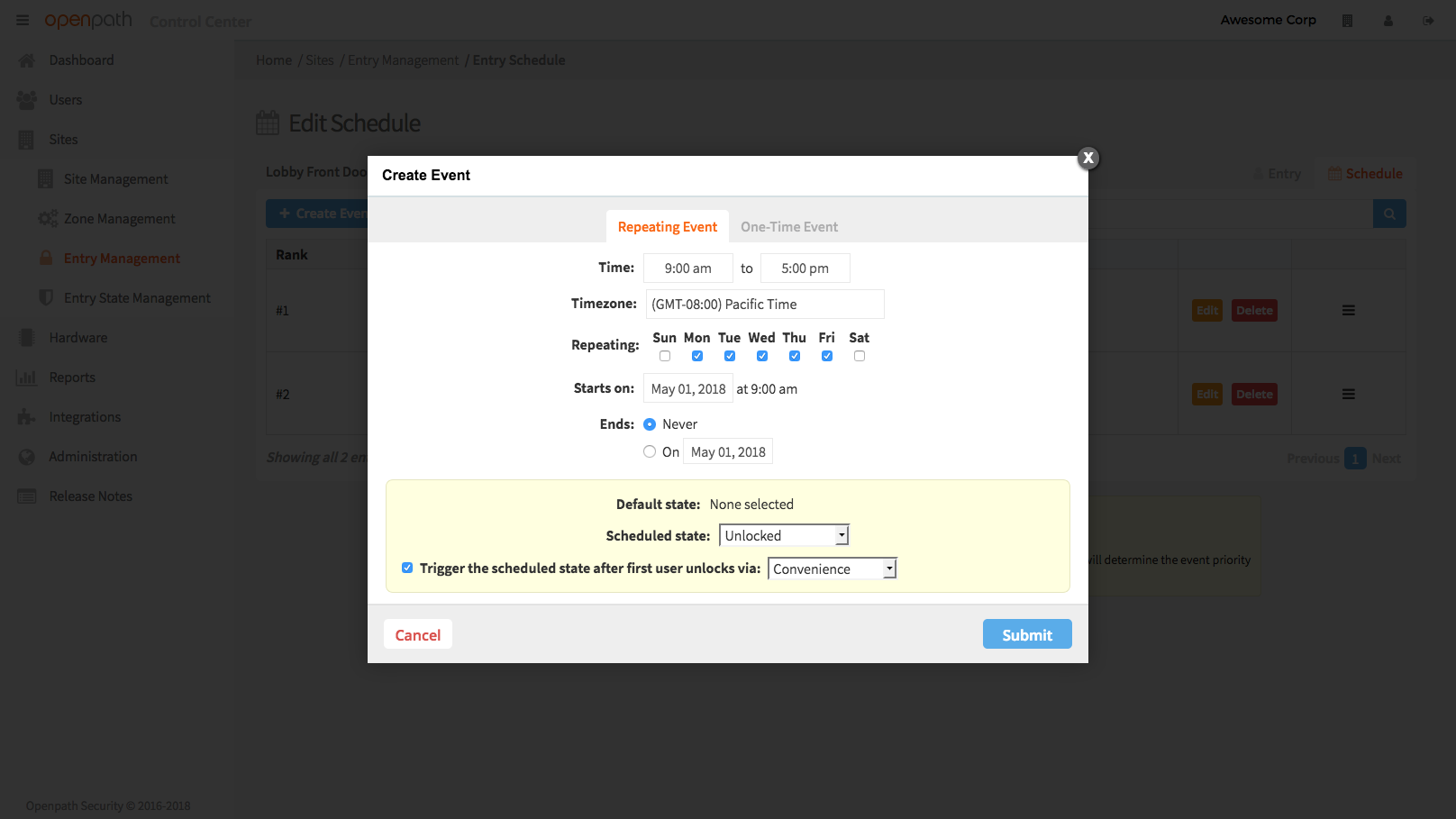 Over the course of the last few years, the team developed — and patented — both the hardware and software for allowing employees to securely open doors and for security teams to manage their access. Instead of NFC, the company’s so-called SurePath Mobile technology uses Bluetooth, Wi-Fi and LTE to authenticate the user. The system integrates directly with G Suite and Office 365 so that users and IT teams don’t have to create multiple user accounts to give employees access to their spaces.

Segil argues that employees have come to expect a certain level of convenience in the workplace and while our homes are getting smarter, most offices aren’t. During our conversation ahead of today’s announcement, Kazerani also stressed that the company’s platform had to be enterprise-grade and ready to be used thousands of times a day.

The Openpath team developed its own reader hardware, which businesses have to install at their doors. The hardware uses the same wiring as existing services, though, making it easy to replace a legacy system with this new solution.