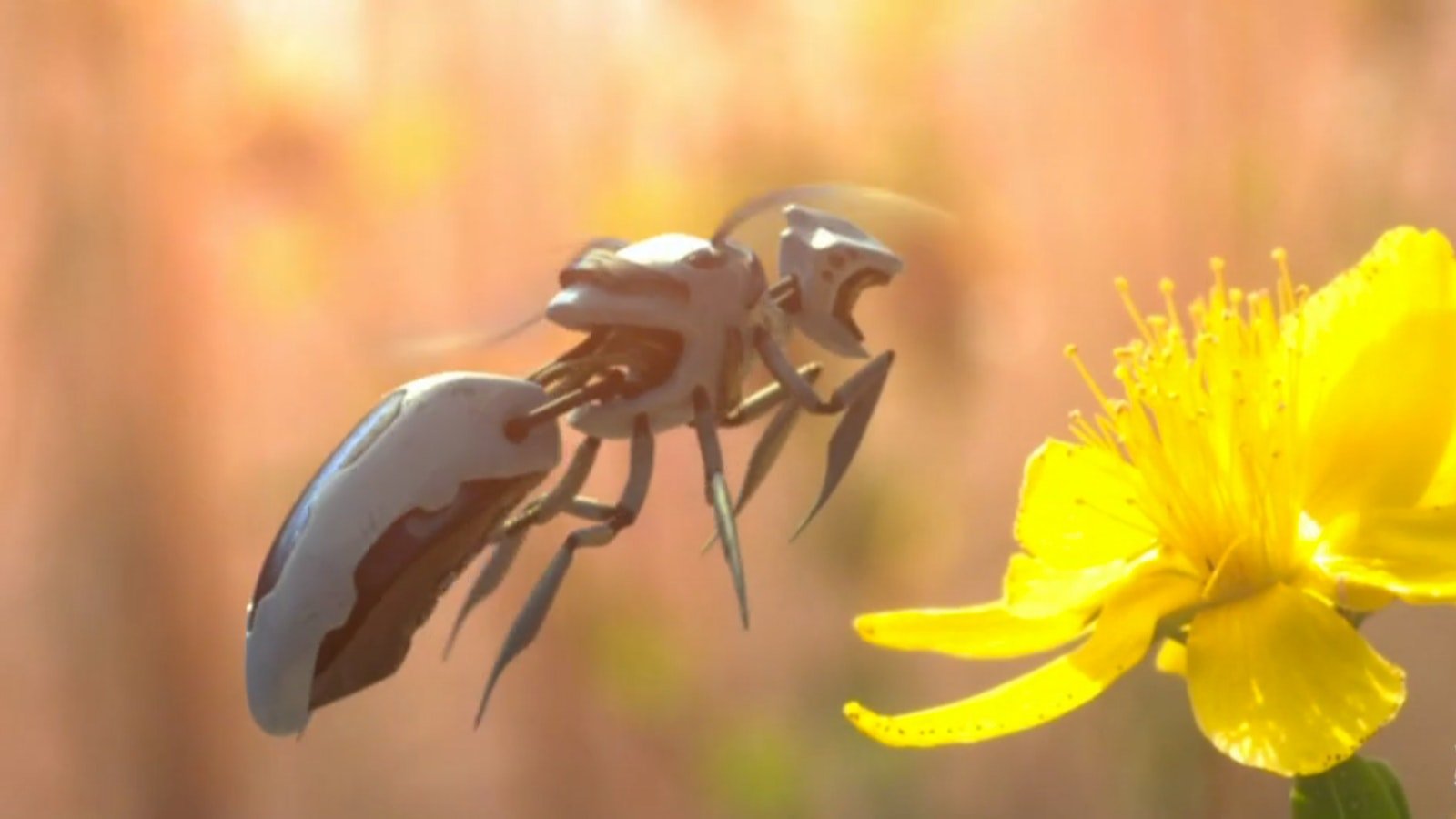 Like an episode out of “Black Mirror,” Walmart has filed a patent for autonomous robotic bees, technically called pollination drones, that could potentially pollinate crops just like real bees.

The drones would carry pollen from one plant to another, using sensors and cameras to detect the locations of the crops.

First spotted by CB Insights, the robot bee patent appears along five other patents for farming drones, including one that would identify pests and another that would monitor crop health. Walmart did not immediately respond to Business Insider’s request for comment.

While Walmart’s exact goal for these patents is unclear, they may signal that the company hopes to venture into agriculture and gain more control over its food supply chain.

This would make sense, considering Walmart has recently focused on improving its grocery delivery business.

On Wednesday, the retailer announced that it will expand its grocery delivery this year to over 800 stores that reach 40% of US households. In some locations, the service will offer same-day delivery in as little as three hours. In January, Walmart also filed a patent for an online grocery shopping service that would allow shoppers to accept or reject produce picked by Walmart employees.

Walmart is not the first organisation to create a robot bee. In recent years, scientists have searched for solutions to the decline of honeybees, which pollinate nearly one-third of the food we eat and are dying at unprecedented rates largely because of a phenomenon called colony collapse disorder. (In 2017, however, these deaths declined from the year prior.)

Harvard University researchersintroduced the first RoboBees in 2013. At the time, the bee-size robots could only fly and hover midair when tethered to a power source, but they have advanced since then. Today, the RoboBees can also stick to surfaces, swim underwater, and dive in and out of water.

The researchers believe these RoboBees could soon artificially pollinate fields of crops – a development that would help offset the yearly bee losses over the past two decades. Though Harvard’s bees can do several tricks, they still can’t be remotely controlled. The robotic bees described in Walmart’s patent, however, would have this capability, along with the ability to automatically detect pollen. That would mean that the bees could theoretically work on a farm one day, rather than just in a lab.