Statistics on the use of mobiles and how it affects consumer behavior.

From its humble beginnings in 1992, Smartphones have since taken over the world and infiltrated almost every household in the world.

Australia is no exception to this growth. Eighty-eight percent of Australian people now own a smartphone, out of which 75% use either Apple or Samsung. Not only do they use the phone, the same percentage of people also advocate for the companies they are loyal to.

Out of all the Social Media platforms, Facebook seems to be the most popular one with 94 percent of the Australian population using it. 46 percent also use Instagram closely followed by Snapchat at 40 percent. Of the population, 32 percent use twitter, and the number of LinkedIn users in the country has dropped to 18 percent (the reason most give for this is that they never get jobs via LinkedIn, no matter how many connections they have). Only 10 percent of the population use Pinterest and Google+.

While on average a person has 3 internet enabled devices, most people still use their smartphones over everything else to access the internet.

While on the Internet, the most popular way to browse a website is through a mobile application. Only 30% of people use the website to access the internet, the rest (most of who are under the age of 50) prefer using apps. 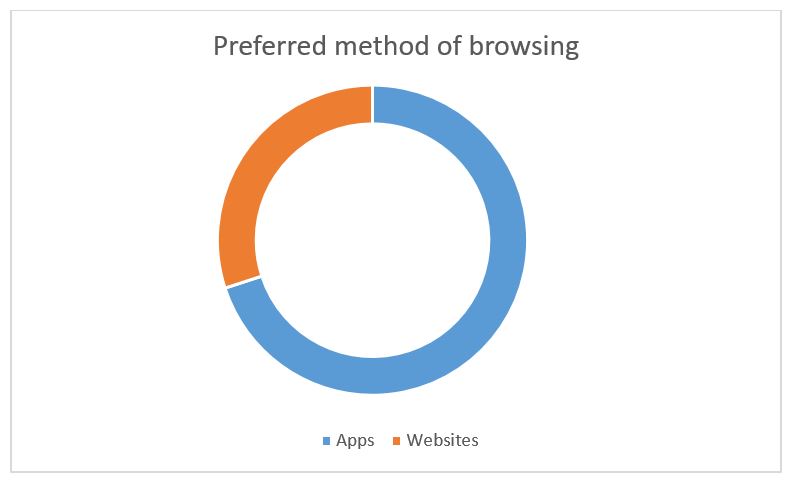 With these statistics, it is clear that business owners would reach a bigger audience with the help of a mobile app. However, it is something they should invest on as apps that are hard to navigate seem to deter people away from the company rather than pulling them in. For a M-Commerce app, giving a wider choice to the audience be it in terms of options in the product of methods of payment makes them not just purchase the product but become an advocate for it too. For shopping applications, return policies and the ability to track the whereabouts of the parcel are considered the two most important reasons for using a particular application.
However, research shows that most Australian businesses either aren’t online, or aren’t paying for advertisements which makes them miss out on potential consumers. The gap between the number of people who use social media sites and the number of businesses advertising online is startlingly large. 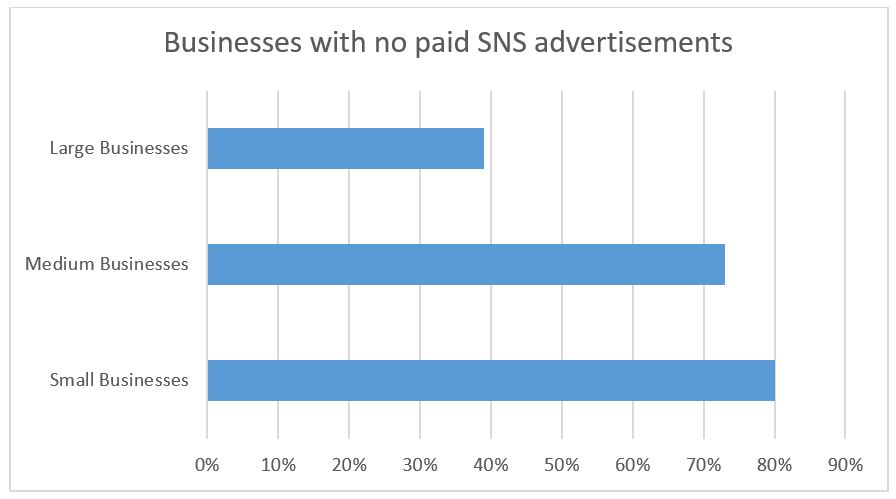 In 2017, almost half the population in Australia used an E-Commerce service, raising to a whopping 12.1 million users1. E- Commerce sales increases 10.4% every year and accounts for 7% of all retail sales in the country. The average revenue per user for the year amounted to USD 875.59. This meant that the total revenue for E-Commerce businesses equalled AUD 32.56 billion. On a research conducted by eBay, small business growth was significantly higher when it was enabled by its platform. While small businesses grew only 15 percent via traditional growth methods, eBay enabled businesses grew 90 percent, a difference of 75 percent. 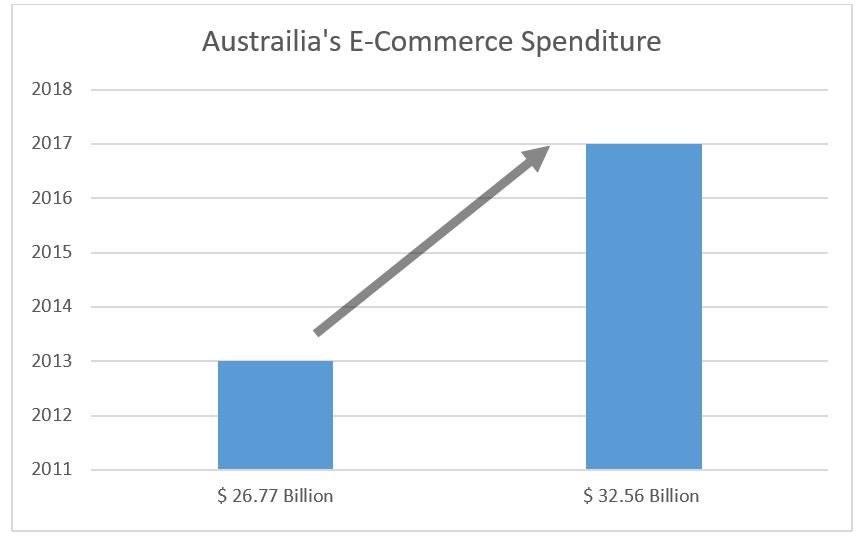 As of March 2017, there were 2.8 million Apps on Google play and 2.2 million on the App Store, and many more have been popping up since. Study shows that, most people seem to be willing to spend a lot of money on in-app purchases rather than buying apps outright.
Although buying an app outright is often cheaper than buying the in-app purchases, users between the ages of 18 to 34 usually don’t go for this option. It is users above the age of 45 who seem to pay for an app outright.
Most people spend a lot on games apps, with games apps making the most money through in-app popup advertisements. However, if you don’t think an app would be the most suited for your business, you should have a website that adapts to fit a mobile phone or a tablet so that consumers don’t have to keep pinching the website in order to adjust it to their platform.
The reason behind the boom in E-Commerce in the country is because the per capita GDP is more than $69 thousand, meaning there is a high purchasing power and more disposable income. The top 5 mobile purchases in Australia are Games and apps, Fashion, Digital Entertainment products, Entertainment tickets and Travel. 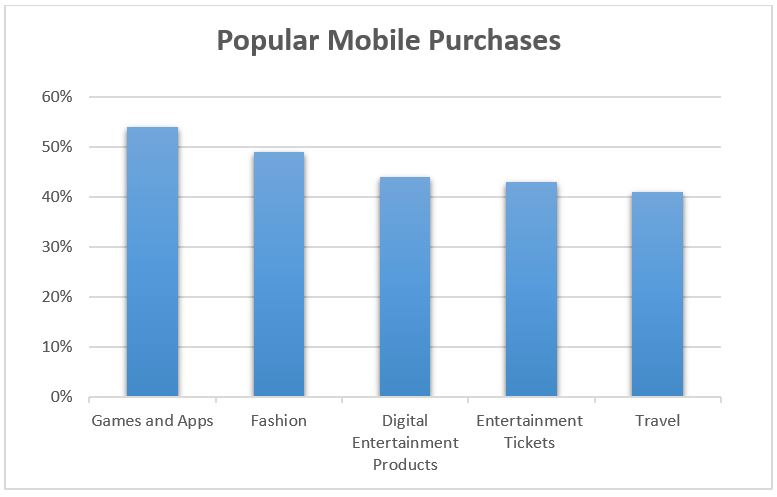