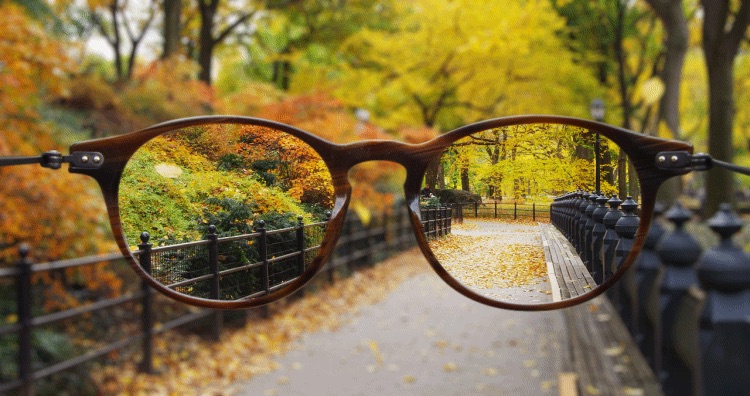 A Shaare Zedek Medical Center and Bar-Ilan University ophthalmologist has invented and patented “nanodrops” which – when placed on pigs’ corneas – have produced improvements in short-sightedness and long-sightedness.

If they improve vision in humans when clinical testing is carried out later this year, the nanoparticle solution could eliminate the need for eyeglasses, Dr. David Smadja said on Wednesday.

He was one of the speakers at Shaare Zedek’s second biennial research day, held in the Jerusalem medical center’s Steinberg Auditorium and attended by some of its 350 physicians and nurses.

Smadja revealed that he and colleagues developed the drops at Bar-Ilan University’s Institute of Nanotechnology and Advanced Materials, and that they could revolutionize ophthalmological and optometry treatment of patients with myopia (nearsightedness), hyperopia (farsightedness) and other refractory conditions. There are even ways to use nanodrops to replace multifocal lenses so that people could see object from various distances, he said.

“This is a new concept for correcting refractory problems,” Smadja added.

Patients would open an application on their smartphone, measure their eye refraction at home, create a laser pattern and then “laser corneal stamping” of an optical pattern onto the corneal surface of their eyes. This has already been done successfully on fresh pig eyes. Drops with a synthetic nanoparticles solution can correct the vision problem. He did not say how often the drops would have to be applied to replace eyeglasses.

Smadja’s work was one of two pieces of research chosen, without the authors’ names being identified, by an impartial team of judges. The two were chosen from among 160 pieces of research that have been carried out by Shaare Zedek physicians and nurses in the last two years. Each year, some 330 articles by the hospital staffers are published in medical and science journals.

A few years ago, the Jerusalem hospital established Shaare Zedek Mada’it (Scientific) as a research and development company for hospital researchers, said Prof. Dan Turner, director of Shaare Zedek’s institute of pediatric gastroenterology and nutrition and also research adviser to hospital director-general Prof. Jonathan Halevy. A 186-page, softcover book of abstracts of the research was published by the hospital, and research posters were hung all along the walls of the fifth floor outside the auditorium for all to read.

Another top piece of research was by Dr. Eyal Shteyer of the gastroenterology institute, who reported on his team’s identification of the patient (at Jerusalem’s Misgav Ladach Hospital) who infected seven other patients with hepatitis S when they received contrast medium and underwent a CT scan.

Carrying out a genetic study, they matched the virus in the seven patients to the person whose blood infected them by accident. All the infected patients were treated with expensive medication and cured of a disease that, untreated, could have led to liver cirrhosis, liver failure and liver cancer.

This article originally appeared on The Jerusalem Post. Read the original here.