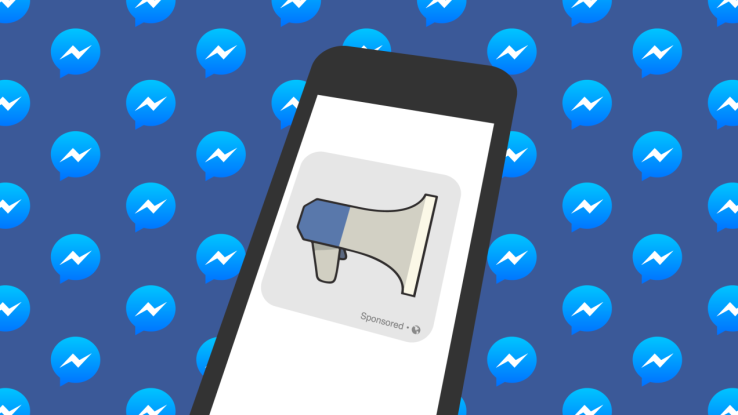 Users might hate it, but Facebook is now testing a self-serve sponsored messaging tool for small businesses that aren’t sophisticated enough to build bots. TechCrunch first reported back in November Facebook internally building a prototype of the Messenger Broadcast tool that let companies blast a message to anyone who’s already started a conversation with them. Now Facebook is starting to test the Messenger Broadcast Composer externally, beginning with a small percentage of Pages in the U.S., Mexico and Thailand.

Currently, the tool is free to use, but a Messenger spokesperson tells me that’s for a limited time only, and that eventually this will probably become a paid product that charges businesses. Messenger is capping the number of messages businesses can broadcast to deter spam, and won’t let them ping anyone who hasn’t voluntarily talked to them first. But some users still might find it interruptive, especially if less tech-savvy local merchants blast out low-quality promotions.

Now with 1.3 billion users, Facebook is eager to monetize Messenger. And some use cases like being able to asynchronously text a customer support rep instead of waiting on hold on the phone make perfect sense for Messenger. But with display ads injected into the inbox, sponsored message ads from big brands and now Messenger Broadcasts, Facebook risks its chat app becoming our new spam folder.

Using the Messenger Broadcast Composer, small businesses with no coding skills can choose a subset of people who’ve messaged them to hit with a text blast. They write up a title and body text, add an image and select a call to action, like a button people can hit to visit their website or a choice of pre-written replies.

Businesses can then do a basic segmentation of their potential recipients by manually labeling conversations with tags like “interested in shoes” and then sending the message to all threads with that label. After the free trial, Facebook likely will charge depending on how big of an audience a business wants to hit with a sponsored message. The original prototype noted that businesses could ping a few users for free, with the implication that they would be able to pay for more reach.

Facebook tells me that people are increasingly messaging small businesses on its platform, often when they seek store or product information, or need customer service. In 2017, 330 million people started conversations with small businesses. “But we got feedback from small businesses that they don’t have the know-how or the tech resources to build experiences on the Messenger Platform (bots) that would enable them to reach their entire audience,” a Facebook spokesperson tells me.

Facebook prematurely launched its half-baked bots platform back in April 2016. It lacked many tools necessary to make it easy to build and manage bots, and is still building them. For example, it just added a way to quickly collect contact info from a user. For the owner of a local pizza shop, clothing boutique or hardware store, bots are too much of a hassle to mess with, so they only manually message back their audience individually.

“This is why we are testing the broadcast composer; using this tool, small business Pages can message all or a segment of the people who have initiated conversations with their business at once, directly from their Pages Inbox,” says the spokesperson.

Both Facebook’s News Feed ads and Snapchat’s business grew significantly when they added self-serve ad-buying interfaces. While there are plenty of big brands paying for huge campaigns through ads APIs or account reps, small businesses around the world can greatly benefit from self-serve ads that leverage their more familiar connection with customers. Sponsored messages from Nike or Walmart might immediately seem like spam. But from the shop around the corner, ads could feel more at home within Messenger if they keep it casual and conversational.