Could artificial intelligence help solve our train and transport woes? 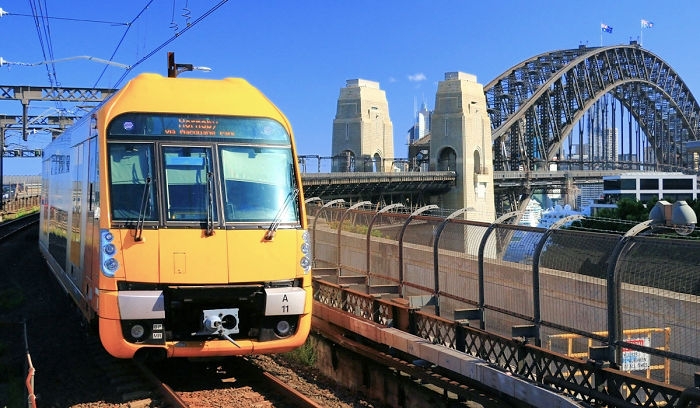 Could artificial intelligence help solve our train and transport woes?

Newcastle is a far cry from Silicon Valley, where some of the world’s most successful high-tech corporations reside.

But despite almost 12,000 kilometres separating the two, tech groups in the United States are beginning to pay attention to the Australian coastal city’s explorations in artificial intelligence (AI).

“Our work has caused a bit of interest in those circles,” says Derel Wust, the managing director of Software Company 4Tel.

For the past two years, 4Tel has been collaborating with a university robotics lab to develop AI in trains.

“This stuff is not years and years away at all,” Mr Wust says.

In fact, he says AI could be used in trains within Australia as early as this year.

Automated trains already exist in some metro cities around the world, but Mr Wust says they are either remotely controlled or pre-programmed — AI technology is not currently being used to drive trains.

“We see that the most immediate application is to make the driver’s work safer and help the driver, not replace the driver,” he says.

“For the travelling public, the future AI agents will improve the safety of the system because they will not get tired or distracted.

“As for running on time … the ability to get on the train and know that it’s going to get to the destination when promised is fundamentally what a lot of people are after, and any improvements in the processes to enable that to happen are going to be appreciated by the public.

Mr Wust says the technology his company is working on is similar to what’s being used in the autonomous car industry. It involves attaching radars and lidars — a detection device used for measuring distances — and various cameras and acoustic sensors to trains.

He says the use of AI could “result in a safer and more efficient industry”.

“[The AI will] look around and access what is going on such as operating conditions, speed and weather. Those things will become routinely calculated through an AI agent,” he says.

“And while we won’t be able to stop all accidents by any means — because sometimes things go wrong — we are hopeful that we will be able to intervene a lot quicker, sooner and effectively than what has happened in the past.

“Australia has a good safety record, but if I can generalise that to look around the world, a lot of the accidents come about by staff being distracted, obstacles on the track, or something going wrong in the infrastructure … and most of those items are candidates to be detected by artificial intelligence.”

Students at the University of Newcastle are helping to develop the AI used by Mr Wust’s company.

Inside the university’s Robotics and Brain Architecture Laboratory, students can occasionally be found modifying a small robot, NUgus.

Its large, black beady eyes recognises faces, and it can also detect pedestrians, traffic signs, and signals in everyday environments.

The students draw on the skills they learn from programming such robots to help develop innovative software for train safety.

Once a week, they step off campus to apply their various skillsets at 4Tel. There, they work alongside engineering and technical staff to apply deep learning to problems that occur in train safety.

“One of the PhD students has developed some new software engineering and computer vision approaches. He has applied it in various aspects of robotics, and now as an industrial application with 4Tel,” says Associate Professor Stephan Chalup, who leads the robotics lab.

“A lot of it is about visual recognition of signs and tracks and objects on the track, and behaviour of humans that pass the track.

“Another topic is localisation where the trains are on the track, and there’s a lot of visual pattern recognition.”

He thinks Australia could be a world leader on AI in trains.

“I think there’s a great opportunity right now for Australia to become leaders in AI on trains using deep learning because nobody else is doing it, and we already have a great collaboration here,” he says.

Mr Wust agrees, and says it’s now up to the industry to take up the new technology.

“The rail industry is universally similar. It has lights, signals, tracks, points and all the same sort of infrastructure, and yet AI is going to impact it everywhere in the world,” he says.

“And if Australia can create technology that’s competitive in that market, now’s the time to do it, because over time that window will close.”

Mr Wust says there’s an opportunity for AI to be used in many other modes of transport in Australia, such as trams, trucks, and buses. It’s part of the reason why he’s been invited to present a paper on his work at an AI and deep learning conference in California next month.

He says we are going to be advantaged as a society by having computers assisting us more intensely, rather than relying on the techniques of the past.

“I’m a firm believer that AI is our friend, and it’s not our foe,” he says.

“One of my observations in this is that in Australia … there is a bit of a disconnect between expertise and industry, and our collaboration with the University of Newcastle shows what can be achieved when you have a common domain interest and mutually supporting arrangements.”