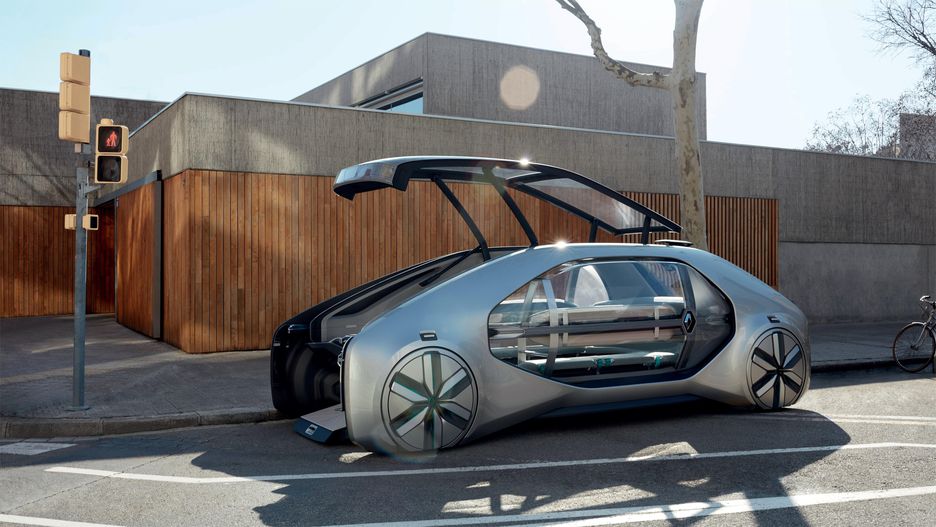 At the Geneva Motor Show, a show that’s traditionally about hot sports cars, Renault decided to emphasize its driverless future. The Renault EZ–GO is an electric autonomous car that people can flag down from a fixed or mobile location in small groups of up to six people or on their own. The EZ-GO is envisioned to be available on demand via an app but also at permanent stations throughout a city.

EZ-GO has Level 4 autonomous driving capability, meaning it’s able to change lanes, turn at an intersection, and manage its distance from the vehicle in front of it. The car has a sleek cocoon structure, which Renault says was designed to maximize the autonomous sensors’ field of vision. Passengers enter via a hatch through the front, and the car features lights to show where the ramp platform will land for easier access. The seats are arranged in a U-shape, so passengers all face each other, making the car ride more sociable. The vehicle has a panoramic glass roof and is wheelchair accessible with a flat floor and boarding ramp. 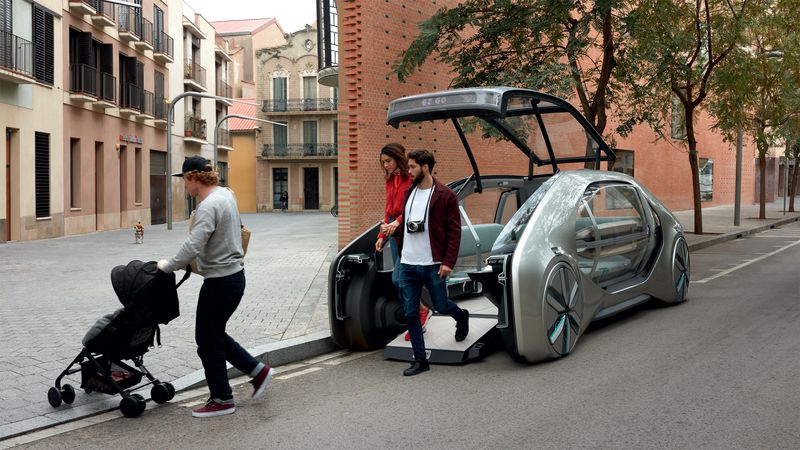 Renault says it has a limited speed of 50 km/h (30 mph) and can move into a safe position if there’s an accident close by, either by itself or via connection with a monitoring center. The car also features 4CONTROL, Renault’s four-wheel steering technology.

With this vehicle, Renault will target a price point that’s more expensive than a bus, but a bit cheaper than hailing an Uber or a cab. “Ride-hailing and shared mobility services represent an important opportunity for Renault, especially in cities. Many have aging – or very young – populations, and people looking for new mobility solutions,” said Thierry Bolloré, Renault’s chief operating officer, in a statement.

The car can be used for both public or private services. Renault says it will release the first EZ-GO robocar in 2022. 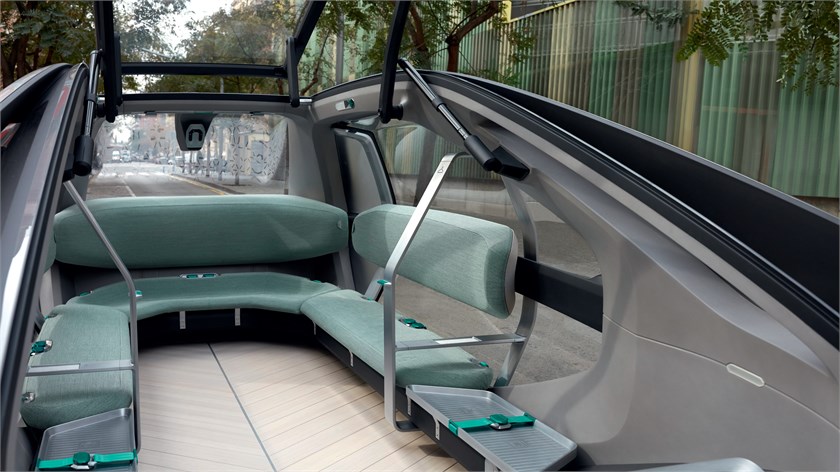