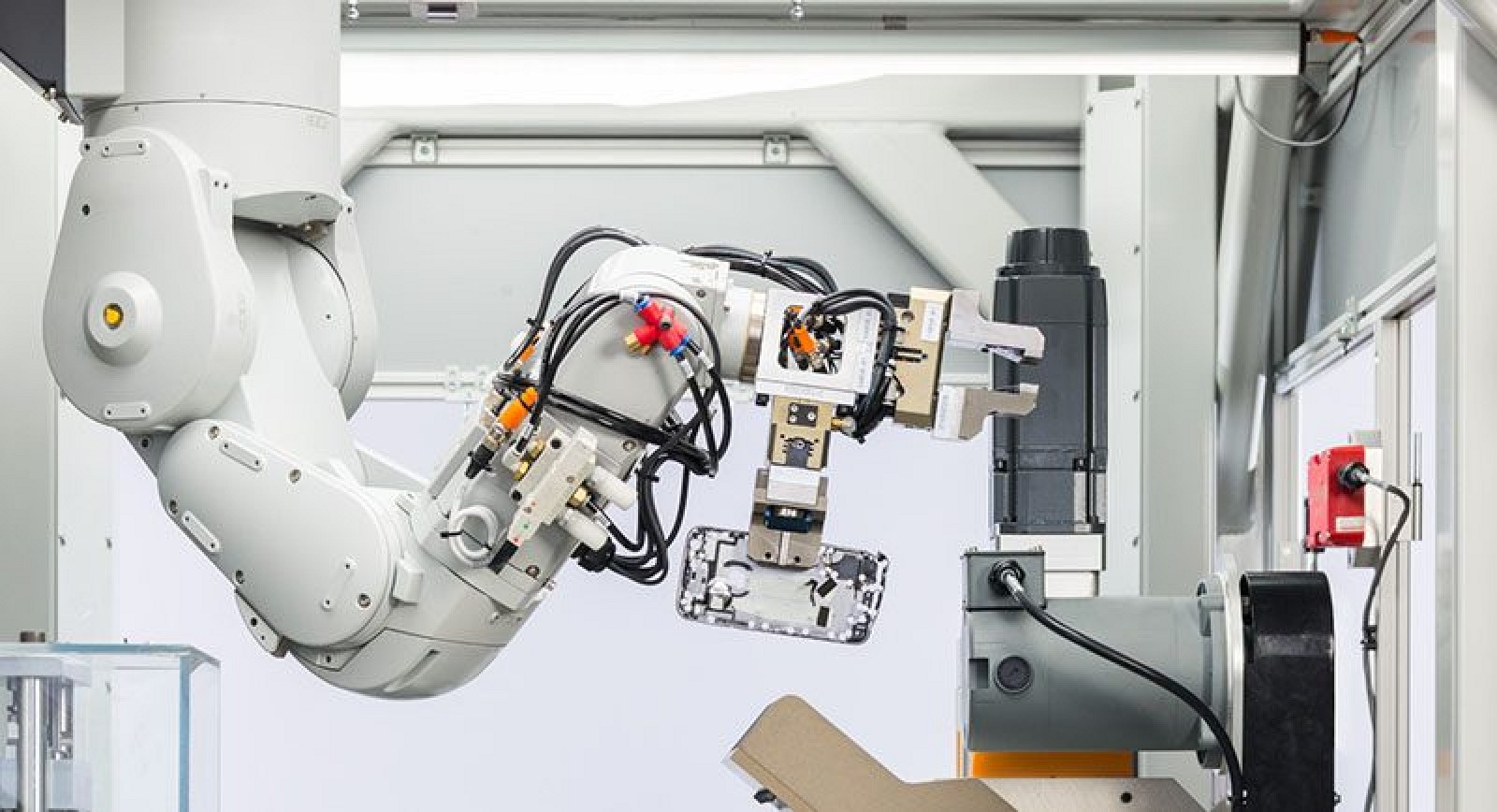 About a year ago, Apple made the bold proclamation that it was zeroing in on a future where iPhones and MacBooks were created wholly of recycled materials. It was, and still is, an ambitious thought. In a technologically-charged world, many forget that nearly 100 percent of e-waste is recyclable. Apple didn’t.

Named “Daisy,” Apple’s new robot builds on its previous iteration, Liam, which Apple used to disassemble unneeded iPhones in an attempt to scrap or reuse the materials. Like her predecessor, Daisy can successfully salvage a bulk of the material needed to create brand new iPhones. All told, the robot is capable of extracting parts from nine types of iPhone, and for every 100,000 devices it manages to recover 1,900 kg (4,188 pounds) of aluminum, 770 kg of cobalt,  710 kg of copper, and 11 kg of rare earth elements — which also happen to be some of the hardest and environmentally un-friendly materials required to build the devices.

“We hold ourselves to a strict definition of closed loop: To meet our goal, we must use 100 per cent responsibly sourced recycled or renewable materials and ensure the equivalent amount is returned to market. Recognizing that this goal could take many years to reach, we remain committed to responsible sourcing of primary materials as we make the transition”.

While there’s still no timeline for the company will be entirely green, building entire MacBook and iPhone lines from recycled parts, it’s clear Apple is making progress. Aside from Daisy, the company is prioritizing the action by placing recovery robots in multiple locations throughout the United States and Europe — Daisy currently resides in Austin, Texas.

What may prove to be the ultimate bottleneck is the quality of Apple devices. Since Apple can only use end-of-life devices returned to the company directly, it’s not going to offer as widespread a solution as it may have hoped for unless consumers make use of the GiveBack trade-in and recycling program. And then there’s the whole issue of several billion Android devices that the machine isn’t designed for. Your move, Google.